Wall Street Journal- A Syrian Ends up at a Seder

A Syrian Ends Up at a Seder

Wall Street Journal- A Syrian Ends up at a Seder

My grandfather fought 17 battles in the German trenches during World War I, earning an Iron Cross for bravery. But when Jews were no longer welcome in his homeland, he and his family fled Frankfurt for Rhodesia.

Today, as Germany has opened its borders to more than a million refugees, stories of anti-Semitism have returned. In April a Syrian migrant attacked an Israeli man wearing a skullcap in Berlin. The Israeli filmed the encounter on his smartphone, which showed the 19-year-old assailant shouting “Yahudi!”—Jew in Arabic. Although the attacker later apologized, the leader of Germany’s Jewish community urged caution when wearing skullcaps in large cities.

But Germany is also where I met Saqib. While working a trade show in Frankfurt with my dad in 2011, a man walked over from a nearby booth: “I am Saqib from Syria. It’s a country in the Middle East next to Lebanon.” 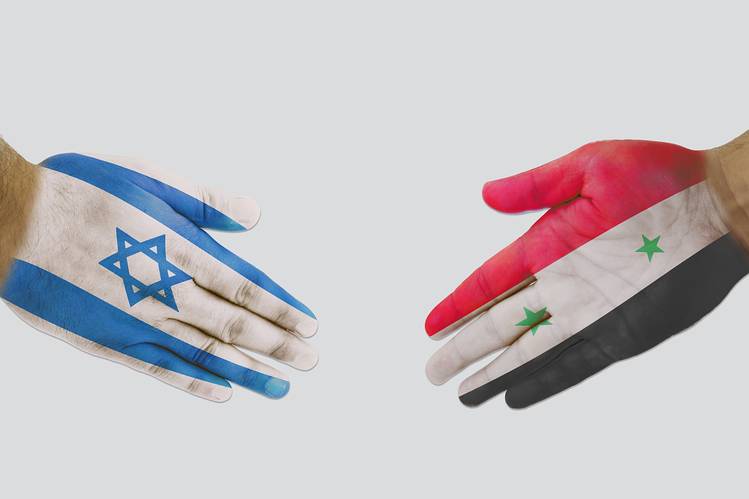 We knew where Syria was—my mom is Israeli—but didn’t say so. A fast friendship formed, and on the last day of the conference Saqib said, “You must come to Syria and meet my family. You would love the people, food and culture.”

I thanked him and said: “I can’t. I have an Israeli stamp in my passport.”

“So, get another passport,” he responded, smiling.

“I’m half-Israeli and Jewish. I think I would be a little nervous.”

His face turned ashen. The conversation shifted to the Palestinians and why Israel should be bombed. Frustrated, I finally said, “Look at me. Do you like me? Because if you are killing Israelis, you are saying you want to kill me, my family and my friends. Is that what you want?”

He shook his head: “Of course not.”

Over the next year, the situation in Syria deteriorated. But when dad and I arrived in Frankfurt in 2012, Saqib was there. When I went to say goodbye at week’s end, Saqib hugged me with tears in his eyes. “Please thank your father again for what he said to me today,” he told me. “You have no idea how much it meant to me.”

Later, I asked dad what Saqib meant. “I told him if he needed assistance for himself or his family to get out of Syria, in any way, to let me know, and I would help him in any capacity I could.”

I shook my head at the irony. Here was a Jewish man, whose family fled Nazi Germany, whose Israeli wife had family that were shelled by Syrian forces, offering to help a Syrian Muslim keep his family safe.

As the years went by, Saqib reached out sporadically via email. He said his factory had been destroyed, some of his workers killed, his best friend murdered by the regime. He was living in Europe starting a new business. He said he didn’t know what to tell his children, because he was beginning to despair. The world was standing by as the carnage continued.

A few months later, Saqib reported how touched he was by the support Jewish groups were giving Syrian refugees. “In fact, they have done what our fellow Arabs—mainly the Gulf States—have miserably failed to do,” he wrote. “Last week I attended a gathering organized by a local synagogue that just restored my faith in humanity.” He followed up with an article from a synagogue bulletin. A photo showed Saqib and his family at a Passover Seder.

It is encouraging to realize that interactions between Syrians and Israelis can be positive, and heartening to know that Jewish people and groups are reaching out to help in the Syrians’ time of need. Certainly, they know all too well the consequence of silence in the face of mass murder.

Ms. Siegel is a freelance reporter who covers international affairs, business and travel.